Maria Williams is an award-winning executive radio producer and podcast-maker, who also founded the industry’s leading group for women in audio and radio, Sound Women.

Maria spent much of her radio career at the BBC, where she specialised in speech and music.  As an Executive Producer at BBC Radio 4, she created and launched Saturday Live with Fi Glover, winning a Sony Gold Award for ‘Best Speech Programme’ in 2008. As Deputy Editor of Woman’s Hour, Maria oversaw everything from the Tory leadership debate, to an interview with Lauren Bacall.

At BBC Radio 1 she oversaw the network’s social action content such as the Sunday Surgery.  She commissioned and produced music documentaries, and also focused on film, working closely with Mark Kermode on Movie Update for Radio 1, plus The Directors, and Celluloid Jukebox for Radio 2. 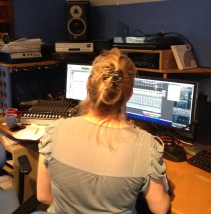 As Head of Programmes at leading indie Wise Buddah, Maria had editorial responsibility for everything from The Huey Show on BBC 6 Music, to Sugar Plum Story Time on CBeebies, and ran many successful offers rounds.  As Head of Development at Loftus Media, Maria executive produced numerous projects including the award-winning Where Are You Going? and Clarke Peters’ Black Music in Europe: A Hidden History.

Maria is now an independent Executive Producer, increasingly working in podcasting. Recent podcasts include the 52 part series Radio 4 on Music, the monthly Barbican ScreenTalks Archive, two Tate Walks of Art, and the Maggie’s Podcast series for a leading cancer charity.  She also oversaw A Mile In My Shoes for the Empathy Museum, and further content for The Barbican to accompany their Eames, Strange & Familiar, and Another Kind of Life exhibitions.  Most recently Maria helped launch Q Presents The Making Of… and The MOJO Innovators podcasts for Bauer Media. 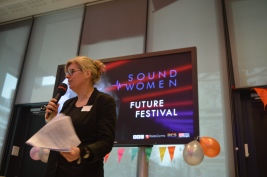 Maria is proud to have been the founder of Sound Women – an organisation set up to develop and celebrate women in radio. This influential group achieved a huge amount in its five years, receiving widespread press and praise, and achieving real change in the industry.

In 2014 Maria was awarded a Radio Academy fellowship, the highest honour the Radio Academy can bestow.  She is still mortified by her speech.